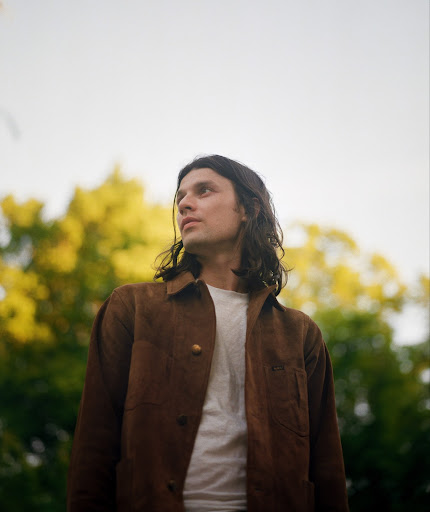 Headlining the prestigious racing ground on Saturday 11 June 2022, this ‘Live After Racing’ fixture will include a full day at the races, before a euphoric headline set by the hit-maker behind the multi-million selling singles “Hold Back The River” and “Let It Go”, plus Top 5 albums ‘Chaos And The Calm’ and ‘Electric Light’. The show will also see Bay performing songs from his much-anticipated third album.

* * * * *
For the best part of a decade, Hertfordshire-born singer-songwriter James Bay has proven himself to be one of the nation’s finest young singer/songwriters.

Releasing his platinum-certified ‘Chaos And The Calm’ (2014), Bay captured the hearts of the critics and the public alike, with his debut album signalling the way for an artist with a bright future. Featuring the gold-selling single “Hold Back The River” and  triple-platinum “Let It Go”, Bay was soon nominated for dozens of awards, taking home two BRIT Awards, two Q Awards, and top honours at the Ivor Novello Awards and ECHO Awards, not to mention GRAMMY® nods in the categories of “Best New Artist,” “Best Rock Album,” and “Best Rock Song”.

Tallying over 3 billion streams to date, he has performed on Saturday Night Live, The Ellen DeGeneres Show, Jimmy Kimmel LIVE!, The Late Late Show with James Corden, Late Night with Seth Meyers, Today Show, Good Morning America and more. He also notably dueted with icons such as Alicia Keys on The Voice and Mick Jagger while supporting The Rolling Stones at Twickenham Stadium in London. In addition to selling out shows on four continents, Epiphone honoured him with his own Limited-Edition James Bay Signature “1966” guitar.

Following the success of 2018’s ‘Electric Light’, he deconstructed his sound to its bare essentials on the ‘Oh My Messy Mind’ EP a year later. It yielded the hit “Peer Pressure” [feat. Julia Michaels], generating 131 million Spotify streams and receiving acclaim from Time, Rolling Stone, and Billboard. No stranger to small stages, Bay spent the majority of 2019 opening for Ed Sheeran on his record-breaking stadium run.

Most recently, James Bay embarked on an intimate tour for Independent Venue Week 2022 to express his gratitude to the grassroots music venues that made him, sharing new songs and stories each night.

Stepping-up to major stages once more this Summer, James Bay’s performance at Worcester Racecourse will be an unmissable opportunity to reacquaint with Bay’s anthemic back-catalogue as well as hear his long-awaited new material on the live stage.
* * * * *

Please like and share this:
4
SHARES
FacebookTwitterSubscribe to Newsletter
#mc_embed_signup{background:#fff; clear:left; font:14px Helvetica,Arial,sans-serif; } /* Add your own MailChimp form style overrides in your site stylesheet or in this style block. We recommend moving this block and the preceding CSS link to the HEAD of your HTML file. */