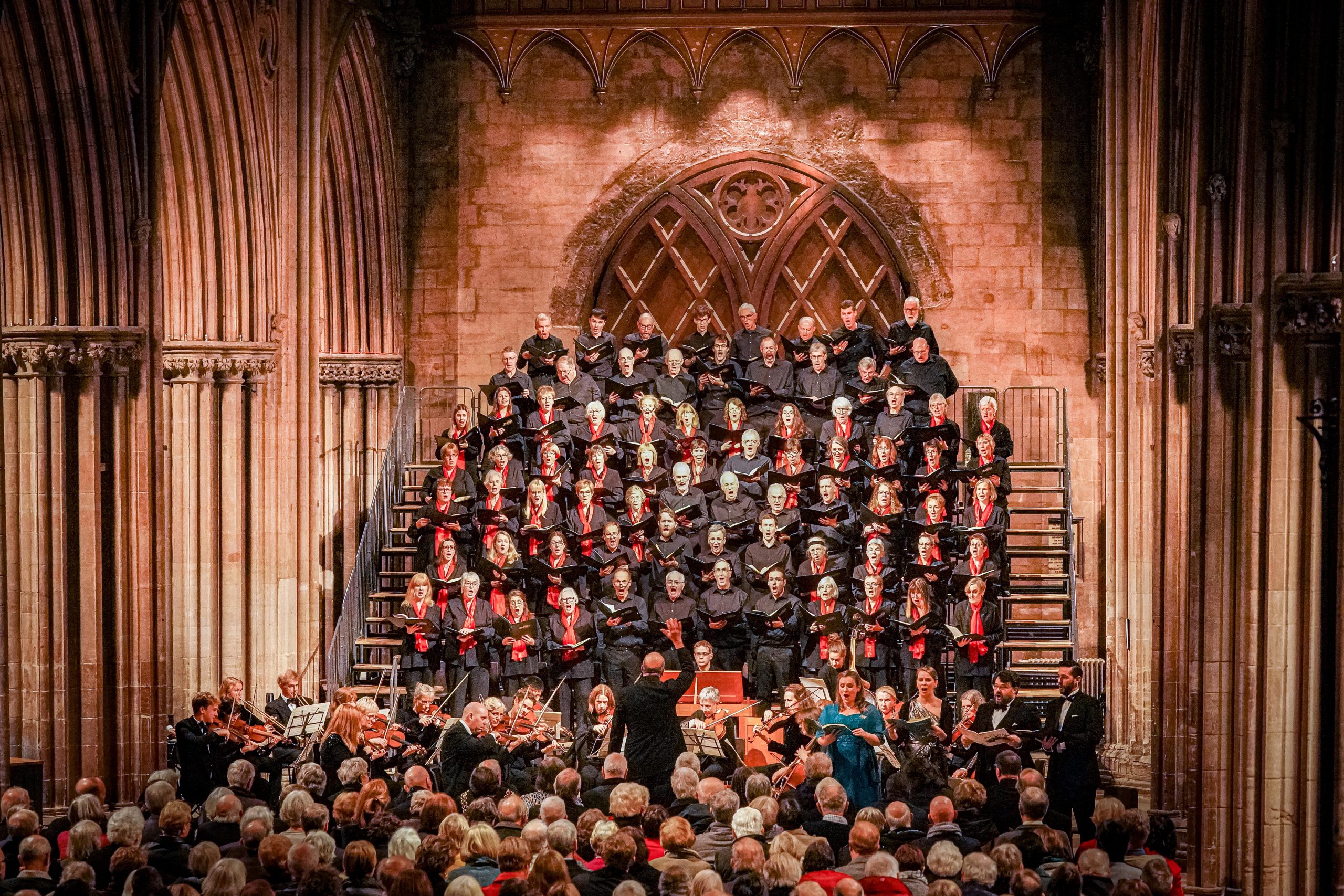 Birmingham Bach Choir return for their 2022 summer concert with a programme that combines music from the British Isles with that of their namesake, Johann Sebastian Bach.

These include the great 17th century polyphonic composer, Orlando Gibbons (O Clap Your Hands), Benjamin Britten (Te Deum in C) and Gerald Finzi (Lo, the full, final sacrifice), plus two pieces by John Joubert (O Lord, the maker of al thing; This is the Gate of the Lord). Joubert, who spent much of his life in the Birmingham suburb of Moseley, had strong links with the choir, as both a patron and a composer.

The title of the concert is borrowed from prolific contemporary Scottish composer Sir James MacMillan’s luminous and timeless Lux Aeterna (Eternal Light) which, like the accompanying Benedicimus Deum caeli, is taken from his rich Strathclyde Motets.

Birmingham Bach Choir’s Conductor, Paul Spicer, said: “After more than two years of interrupted progress, and no Bach in that time, we are delighted to present a varied concert that includes two of Bach’s wonderful motets – which will be the start of a feeling of homecoming for the choir.

“Also in this programme are Gibbons’ exciting eight-part O Clap your Hands, which underlines the celebration of singing together while in other moods, and Gerald Finzi’s beautiful Festival Anthem – Lo, the full final sacrifice – which exudes all the lyrical beauty for which he is so famous.

“With Joubert, Britten and James MacMillan, it’s a colourful programme of light and shade.”

The Choir’s Chair, Philip Bellshaw, added: “We are inviting members of the audience to dedicate any of the pieces to someone special – for a birthday or anniversary, or in someone’s memory. Their dedication will be included in the programme notes alongside the piece they have chosen.

Celebrating their centenary in 2019, Birmingham Bach Choir is one of the largest and most distinguished music groups in the region. Under the direction of acclaimed choral conductor and composer Paul Spicer, the choir’s repertoire spans centuries – from the early days of choral music, to contemporary works and exciting new commissions.

For more information and tickets: www.birmingham.bachchoir.com

Joubert: O Lord, the maker of al thing; This is the Gate of the Lord

As one of the UK’s leading large chamber choirs Birmingham Bach Choir has been contributing to the musical life of the West Midlands since 1919, making it one of the longest established musical groups in the area. Although the main focus is the Baroque period (especially JS Bach), the choir performs music spanning over 500 years including 20th and 21st century works.

2019 was the choir’s centenary, a year which saw the choir make a series of special appearances, including a Gala Concert in Lichfield Cathedral and a performance for royalty.

In November 2022, the Choir will be returning to Lichfield Cathedral to celebrate Paul Spicer’s 30 years as Musical Director with a special concert of Bach’s Christmas Oratorio.